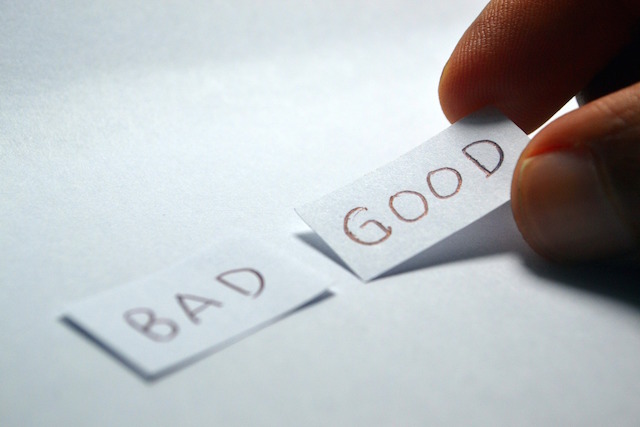 Once upon a time there was a Chinese farmer whose horse ran away. That evening, all of his neighbors came around to commiserate. They said, “We are so sorry to hear your horse has run away. This is most unfortunate.” The farmer said, “Maybe.” The next day the horse came back bringing seven wild horses with it, and in the evening everybody came back and said, “Oh, isn’t that lucky. What a great turn of events. You now have eight horses!” The farmer again said, “Maybe.” The following day his son tried to break one of the horses, and while riding it, he was thrown and broke his leg. The neighbors then said, “Oh dear, that’s too bad,” and the farmer responded, “Maybe.” The next day the conscription officers came around to conscript people into the army, and they rejected his son because he had a broken leg. Again all the neighbors came around and said, “Isn’t that great!” Again, he said, “Maybe.”

Most of the time, it’s next to impossible to know whether something that happens to you is actually a good or a bad thing. “Disasters” might actually become blessings in disguise and winning the lottery might actually be the worst thing to happen to you. It’s hard to know in real time whether something is truly good or bad. As a result, it’s best to keep an open mind and an even keel.

When I was applying to colleges, I had my heart set on attending one of the military academies. Being a great combination of academics, athletics, and leadership, I could not imagine a better fit for me. It’s not trivial to get into a military academy. In addition to the written application, you have to get a congressional nomination from a U.S. senator or representative. You also have to complete a physical fitness test and medical examination. I got everything in order and was fortunate to receive two congressional nominations. My dad was in the Air Force so it was only natural that I looked there first. They reviewed my application and rejected me. Go figure. The Navy wouldn’t even look at the application due to my color blindness. But then I got accepted by Westpoint. I had my heart set on it, and I thought it was my destiny. You can imagine my level of excitement. I was finishing high school and getting geared up for an early start at summer boot camp, which started in June. Then, out of the blue, just over a month before I was supposed to move to Westpoint, I got a call from admissions. They reviewed my medical report and somehow overlooked the fact that I am red-green color blind. They concluded that I could not join the Army after all and pulled my offer letter. At this point, I had already declined all other college offers. I called up Tulane and asked if it was still possible to attend even though I had declined. Fortunately they would still have me and the rest is history.

Put yourself in my shoes in that moment and imagine how devastating that news was to me. You may be surprised to hear that this was one of the luckiest things that ever happened to me. I don’t think anything about my life would be what it is today if it hadn’t been for this medical disqualification. For me, it was a great lesson that much of the time what seems bad at the time might actually turn out to be the best thing to ever happen to you.